To consider the potential effect of Endogenous Stem Cell Mobilization (ESCM) on the functions of the heart and cardiovascular system, two traditional medical beliefs had to
be overcome.

First, traditional science had maintained for many decades that the ability of bone marrow stem cells to transform into other types of cells was limited to blood cells, they could not transform into cells of other tissues, and certainly not the heart.

Because, and that’s the second belief, after birth the size of cardiomyocytes changes but the number remains constant during childhood and then decreases with age.

In other words, the heart cannot regenerate and repair. Thus, on the basis of these two beliefs, increasing the number of circulating stem cells should have no effect on cardiac function. 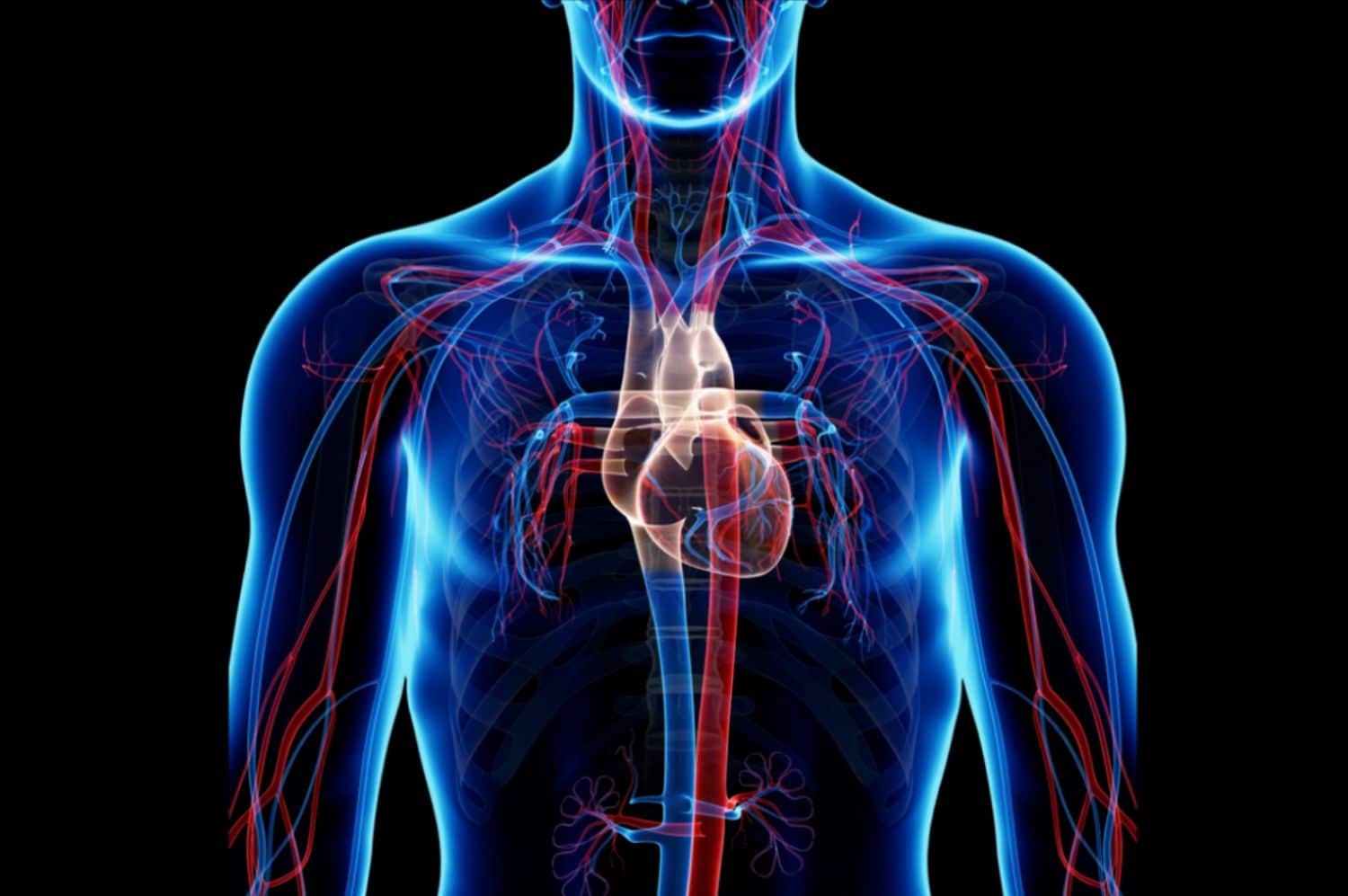 The first breach in this paradigm came from the work of Tomita et al.

1 who documented that bone marrow stem cells injected into the scar of a damaged heart had the ability of transforming into cardiomyocytes and improve cardiac function. This was the first
demonstration that, in the body, stem cells had the ability of becoming heart cells and actually contribute to repairing the heart. On the basis of this observation, Orlic et al.

2 provoked a heart attack in mice by ligation of the coronary artery, and then triggered ESCM with the use of Granulocyte Colony-Stimulating Factor (GCSF) Stem Cell Factor
(SCF). Combination of these two growth factors has been documented to induce a significant increase in the number of circulating stem cells of up to 50-fold.

Within four weeks, while the control group was showing significant scar tissue in the ventricular wall and severe signs of cardiomyopathy, the experimental group that had more stem cells in circulation showed renewal ventricular wall with little scarring and almost normalized cardiac function.

In the years that followed, many teams duplicated these studies in both animals and humans, concluding that ESCM could indeed significantly support cardiac repair.

The only caveat was that in humans GCSF can only be used for a few days, as it can trigger platelet aggregation and therefore carries significant risks of stroke or embolism.

While all these observations were undeniable and were definitely offering new therapeutic strategies and opening a new era in regenerative medicine, they were challenging a fundamental tenet of human health, the heart does not regenerate and therefore cannot effectively repair. So how can these observations be true?

A scientific team addressed this very question by devising an ingenious approach. 8 They harnessed an environmental phenomenon to reveal a core function of the human heart, and ultimately the whole body. In nature, radioactive carbon ( 14 C) has been essentially absent from the atmosphere until the early 1950s, with the beginning of nuclear testing. Thereafter, 14 C concentration in the atmosphere began to rise sharply and then dropped exponentially after the Limited Nuclear Test Ban Treaty of 1963, with atmospheric 14 C levels being well documented over the years. Since carbon is incorporated in the DNA at the time of cellular division, the concentration of 14 C incorporated into the DNA of a new cell will reflect atmospheric 14 C.

Therefore, the concentration of 14 C in the DNA can be used to retrospectively date the birth of any human cell. Isolating heart cells from people born after 1965 and who recently died, it was possible to look at the regenerative properties of the heart.

This approach was allowing this scientific team to test two opposing hypotheses.

On one hand the traditional view which says that we are born with a somewhat pre-determined number of cells, we mature, and then passed approximately 25 years of age we begin experiencing a slow decline in health associated with cellular loss. In this case, heart cells should all have been born within the first few years of life.

On the other hand, the view supported by the emerging field of stem cell research that the body is in a contact process of cellular loss and tissue renewal, and the loss of health is associated not with cellular loss itself, but essentially with the loss of our ability to renew.

In this case, new heart cells would be formed all throughout the course of an individual’s life.

The study revealed that new heart cells are constantly being formed during the life of an individual, and it takes roughly 25 years to renew about half the human heart.

The same phenomenon documented other organs and tissues, using other methods, estimated that about 3% of new insulin-producing pancreatic β cells are formed every few days, the liver renews itself at a rate of approximately 0.16% per day and the lung at 0.07% per day.

Therefore, in theory, we would have on average a new pancreas and a new liver every few years, new lung every 4 years, as well as significant renewal of the heart and brain over one’s lifetime.

In conclusion, contrary to traditional tenet, the cardiac muscle is an organ that can regenerate and repair and increasing the number of circulating stem cells can be an effective way of assisting the heart in the process of tissue repair. While nothing can be done to help someone recover from a heart attack, the development of all this information brings new hope for people whose life has been affected by one of the top world’s killers.